How Many Calories Do Different Types of Dance Burn?

Dancing is a whole body workout. As well as being a fun, energetic way to lose weight, dance classes can also improve our coordination, stress levels and even reduce the risk of heart disease. In this article, we investigate the average number of calories that different styles of dance burn to help you discover which types of dance are best for weight loss.

Contemporary dance may seem like a dance style that’s filled with slow-paced movements which don’t really give you much of a workout. But in fact contemporary dance can actually burn more calories than running! A study conducted by a group of scientists from the University of Brighton found that a 30 minute session of contemporary dance burns a whopping 534 calories, whereas 30 minutes of running burns just 528.

Ballerinas are renowned for their slim, dainty physiques… but are they just born like that? Or can ballet actually work you up a sweat? Well, according to the study mentioned above, just half an hour of ballet dancing  burns an average of 462 calories. That’s 72 more calories than half an hour of cycling.

Salsa is well-known for being fast paced. It’s high intensity, quick movements can really get your heart racing, with the dance style’s ability to burn approximately 200 calories in just 30 minutes. With the dancer’s sustained posture and incorporation of a variety of hip movements in many routines, the Salsa is a fantastic way to workout while having fun.

Tap dancing mainly involves using the legs and ankles to perform steps. However, as tap dancers are aware, this style often involves the whole body and can be extremely strenuous when performed at a fast pace. The calories burned through tap dancing can vary, however it is possible to burn 350 calories in just half an hour of tap.

Zumba is a style of dance that was created with exercise and fitness in mind. Many of the moves in this style of dance are inspired by those from other genres, such as Salsa, Samba and Hip Hop. Zumba is a great way to get fit, with a recent study finding that the average healthy woman can burn up to 9.5 calories per minute, totalling an impressive 285 calories in a half an hour Zumba class.

This energetic style is often very high impact and relies on the dancer’s strength, speed, coordination and balance. Street dance requires a lot of energy, and can help you to burn a whopping 606 calories in just half an hour. This style of dance is known for having no rules, resulting in a variety of muscle groups being used as street dancing is performed. Many street dance techniques engage the core, with moves such as the ‘freeze’ which involves holding the body still in a balance-intensive position.

The name of this song is an onomatopoeia of the sound the dancer’s feet make when shuffling. But it’s not just the feet that are used in this dance. The movements in the cha-cha-cha also involve maintaining control of the legs, arms, hips and more, making it an ideal whole body workout.  Dancing the cha-cha-cha for 30 minutes can burn a good 200 calories. 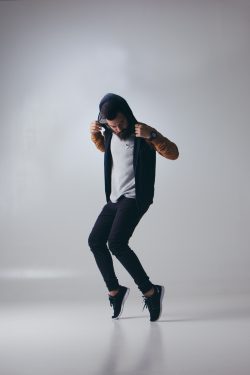 Hip Hop requires your body to be moving continuously, making it one of the most effective types of dance for weight loss and calorie burn. It turns out that all the ‘breaking’, ‘popping’ and ‘locking’ found in Hip Hop moves can really raise your heart rate and even help you to burn around 490 calories in just 30 minutes.

Samba is a very lively style of dance, in which the performer bobs up and down using their knees throughout the dance routine. As well as using the knees, this style also focuses on the use of the waist and hips, which can help to tone up your midsection. Samba involves a variety of rather strenuous movements and can help you to burn around 250 calories in half an hour of dancing.

With Swing’s origins coming from Jazz music, it’s easy to presume that this style of dance is rather laid back and relaxing. However, swing actually requires very fast footwork, alongside the dancer’s ability to hurl their own (and often their partner’s) bodyweight around, making it one of the most strenuous dance genres in existence. Performing just 30 minutes of Swing dancing has been shown to burn 586 calories!

The famous Waltz does not burn as many calories as other types of dances do, however it will help to tone up your muscles and improve your posture. Half an hour of dancing the Waltz is said to burn around 108 calories, which is roughly the same number of calories as there are in a standard bag of Quavers – not too bad ey!

We hope this article has been useful in shedding some light on the number of calories that can be burned by doing different styles of dance. It’s important to bear in mind that the calories discussed in this article are all averages – different people burn different amounts of calories depending on factors such as their weight, muscle mass and effort level.